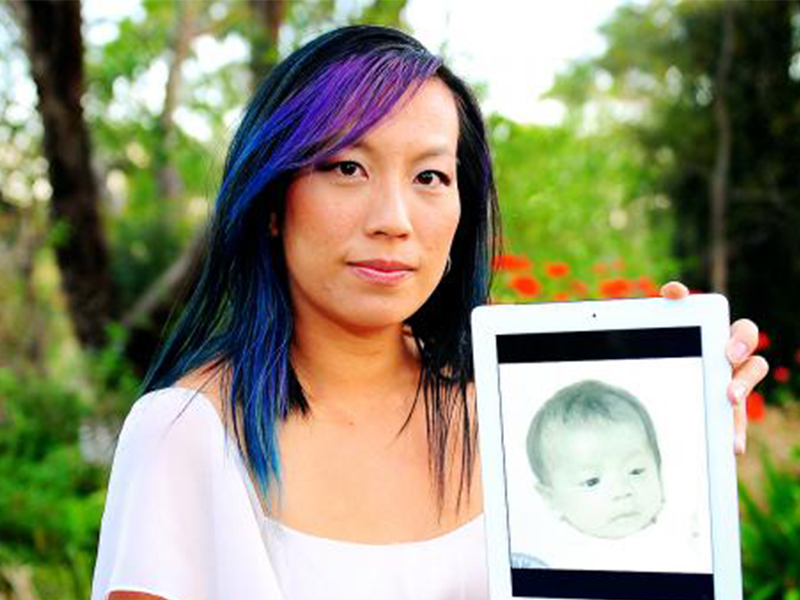 A Taiwan-born woman who was adopted by an Australian couple when she was six weeks old is now searching for her birth parents in Taiwan.

A Taiwan-born woman who was adopted by an Australian couple when she was six weeks old is now searching for her birth parents in Taiwan.

Kimbra Smith said via e-mail that she had always been curious about her family and wanted to find out why she had been given up for adoption.

Since deciding about one year ago to search for her birth family, the 32-year-old said that finding her Taiwanese family was her “No. 1 priority” because of her desire to learn about her heritage.

Smith, who is married with four children, said that she wanted her family to meet her birth parents.

"Many of the people around them are not of Asian heritage and I would love to be able to find out more about my culture of origin and share it with my family,” she said.

Smith said she was one of many babies who were illegally put up for adoption by agents in Taiwan in the 1980s and found homes in Australia, Sweden and the US.

Encouraged by Jade Heffernan — a Taiwan-born woman who was also adopted by an Australian family and found her Taiwanese birth mother — Smith said she has contacted police in Taiwan to look for her birth family.

Smith said she has not returned to Taiwan since she was adopted.

I am very interested in visiting the country and would like to go there to meet my birth family though,” said Smith, who has lived in southern Australia for most of her life.

Smith said her adopted parents were supportive of her decision to find her birth family.

"They want to come to Taiwan with me and meet them if we find them,” she said.

Asked about the issue, the National Police Agency said it was working on the case, but had yet to make any progress.